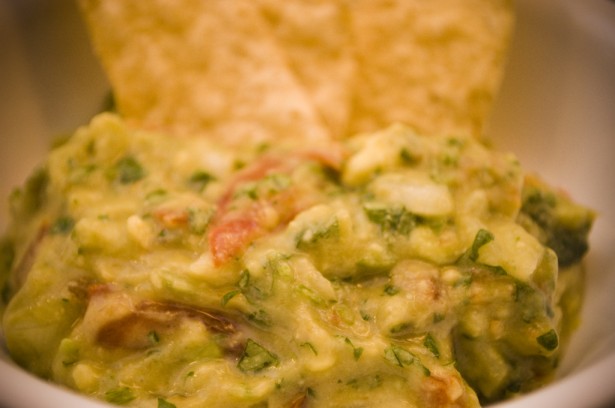 After graduating from grad school I was ready to take on the world.  It was then I learned two lessons: A Master’s degree means you’re overqualified for most entry-level jobs and rent is expensive.  With that knowledge I took a job stripping and waxing floors and moved in with my good friend Jeka.

Jeka was from Venezuela and one hell of a cook.  I can still remember the morning after one of her birthday parties waking up to HOMEMADE empanadas.  Did I mention she’s amazing as well!  One of my other favorites was her guacamole.  It always tasted fresh and never had competing flavors.  It was simple, but elegant.

I moved out after a few months to start a new job in Syracuse and the following summer found a local farmers market.  It didn’t take long for me to call Jeka up and ask for the recipe.  She laughed at me and in her thick Venezuelan accent said “Danielito, it’s simple.  One avocado, one tomato and one onion.  Then add some olive oil, lime juice, salt and cilantro.”  That’s it…the whole recipe…I though no way.  Then she told me the secret to the flavor and making sure it doesn’t go bad.  Her mother used to tell her to put the Avocado seed in the mix when done.  It would keep it fresh.  Jeka knew it was a joke and that the reason it stayed fresh is it never lasted in the house! But her mother said it kept it fresh, so she played along.

Her mother died before I met Jeka, but she had pictures of her up and she was a beautiful woman with a beautiful family.  Jeka told me that she always leaves the seed in her guacamole as a small remembrance to her mom.  I never met Jeka’s mother, but I always leave the seed in to and it always makes me smile when I think of why.