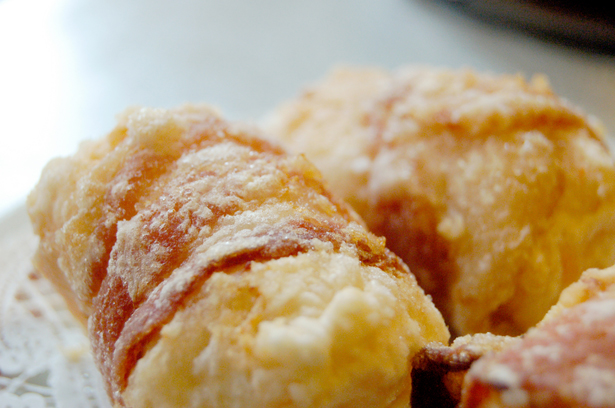 Nobakeleni:  I would murder, not kill, murder, to go to a Dim Sum place
WhiskeyBeard: We should write a foodie film noire short – The Dim Sum Murder!   …and I’m serious about that
Nobakeleni:  …i think… i think i’m more than okay with that but in order to make it authentic…. i need to eat it
WhiskeyBeard: …and dim sum sounds damn good right now. 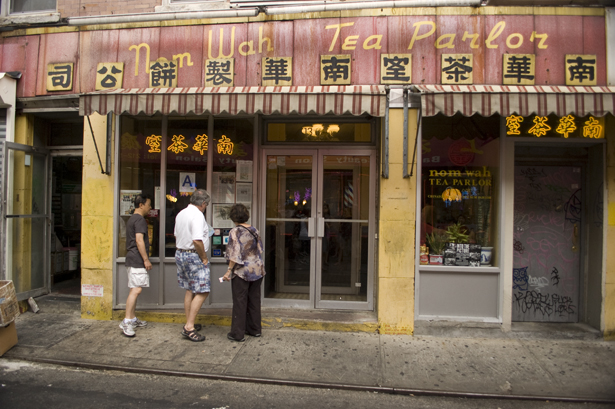 Where we ended up was Nom Wah Tea Parlor. Nom Wah claims to be NYC’s oldest dim sum parlor, founded in 1920. Getting here is quite easy if you look up from your GPS and follow the street signs. Chinatown, like older sections of old cities (think Boston’s North

End) is tightly packed. We walked by many streets because the scale on the GPS made it seem blocks away when it was feet. When you enter Chinatown, all you have to do is turn down a few shady alleys and voila, your there! Once we arrived, there was no real concern about finding dim sum as it was on EVERY CORNER! But, we set out for Nom Wah, and Nom Wah was what we got.

In a previous life, we’ll call him BourbonBeard, I worked in the Seattle area and grew accustomed to dropping into the International District for dim sum lunches. I thought all dim sum was the same… and thought wrong. The Hong Kong style was what I knew: Waiters bustling

by with carts of hot heavenly dim sum and you reaching in or waving them down, knowing full well you could lose an arm in the process. Tightly packed restaurant, loud, busy, bruising and delicious. The best lunch hour ever! When researching places in NYC, this is what I wanted (Nobakeleni to lose an arm…yup), but Nom Wah had the best ratings even though it was not Hong Kong style…I was skeptical.

Nom Wah did not let us down. We were seated up front, in the window, behind the throw of the fan because there were no other seats. The hustle and bustle was there as waiters brought you a menu and an order form and expected your order minutes later.

dim sum translates to: ‘a little bit of heart,’  it’s designed for travelers to have a small meal with their tea

Dim sum dishes are small, so people order a lot of them. They come out when ready, not when your whole meal is, so there are waiters slinging dim sum everywhere! 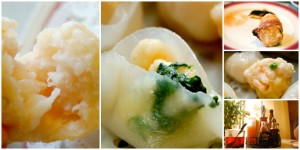 After the hour we spent stuffing our faces and looking like we could feed a small army, Nobakeleni and I rolled ourselves out of Nom Wah and onto the streets of Chinatown to walk off the damage.

If you’re in NYC and fancy some Dim Sum, we HIGHLY RECOMMEND Nom Wah. While the carts and loss of appendages is cool, this parlor has enough flavor to make up for it!