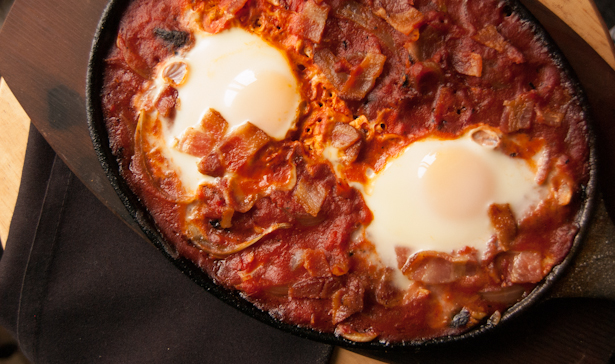 Shake a, shake a, shake a! At least that’s what I ought to call this poached tomato recipe. Traditionally middle Eastern, this Greek gal

The Hairy Bikers make a Kefta Tagine in Morrocco that follows the same idea – but with meatballs and in a tangine. Smitten Kitchen has an Israeli shakshuka recipe that is simply made in a skillet, and Real Simple has a braised onions, peppers and tomatoe recipe with poached eggs. The latter was my first taste of such a recipe, which has slowly over the years become a little more like shakshuka.

At the end of a day – a very, very long day even – this recipe doesn’t need much. Even when my pantry was at it’s very worst – pre moving days – the whole recipe pulls off wonderfully with just canned tomato sauce, a dash of cumin, some chunks of garlic, and poached eggs all served over pasta. Typically, I’ll braise onions and peppers, but on a low key, let’s never put on pants or go to the store, day, onions will do. Most recipes recommend serving with bread, a nice crusty loaf or crisp pita. 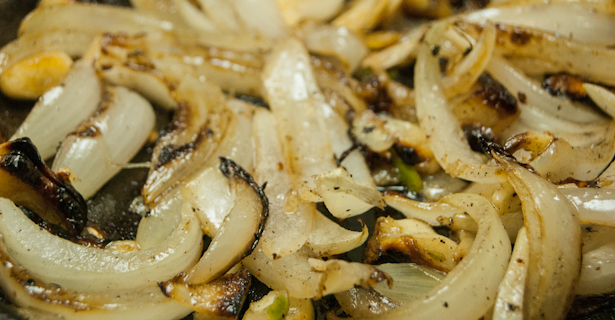 The key is making sure to scoop little wells for your eggs to sit in and poach perfectly. I love a runny egg, so the more poached the better. Some friends aren’t fans, so a well done egg it is! 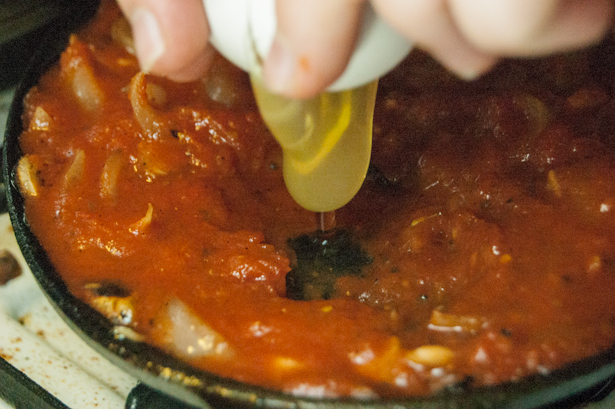 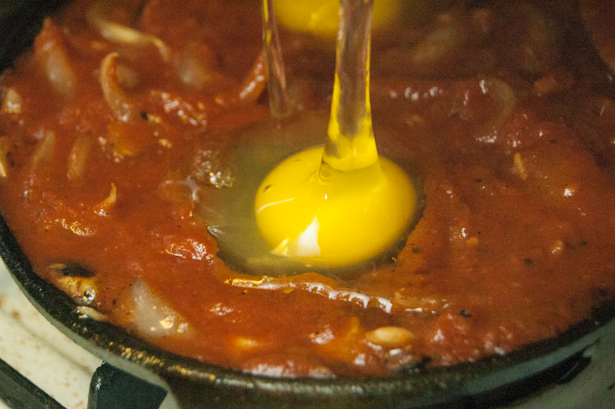 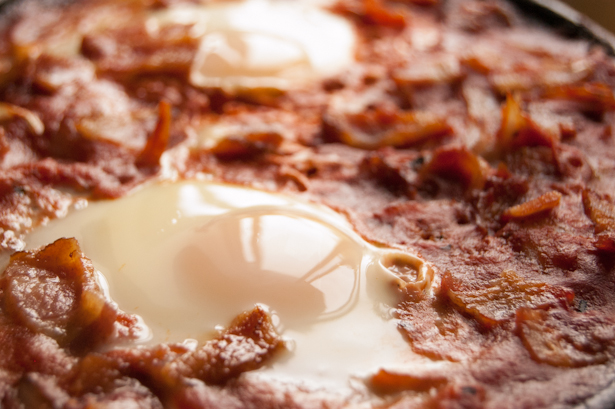 It’s a filling meal with enough vegetables, but also tastes great served over pasta. For more protein punch, I’ve tossed in chicken, but most importantly, bacon.

Simple, versatile, and healthy too. This shakshuka recipe is my favorite.