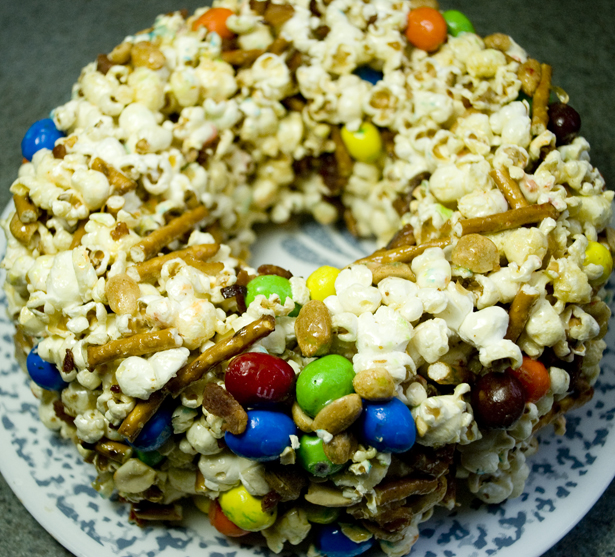 As a kid, I loved having school parties. Not because the parties were overly fun, but because my mother would always make a popcorn cake. It was a gooey, sugary treat that only came out for special occasions, ie- when I wasn’t going to be at home having a sugar rush! 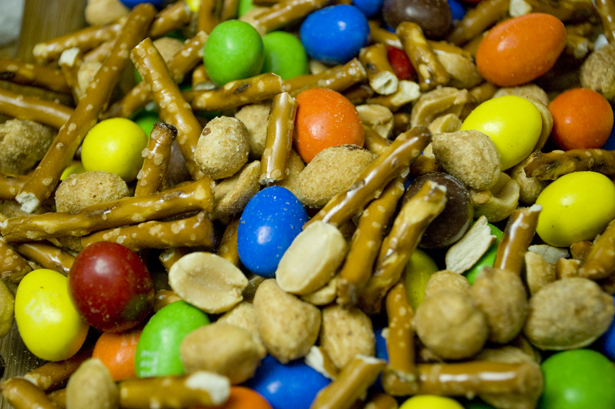 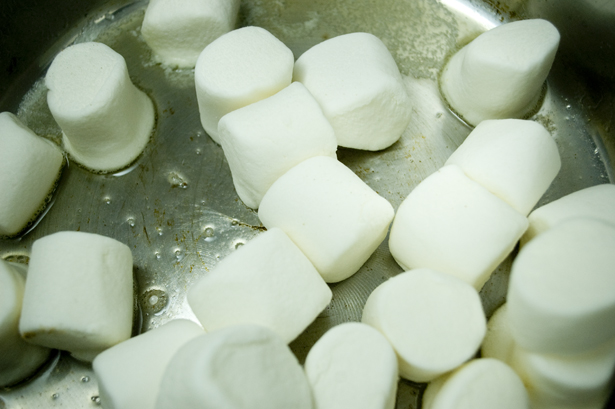 To us, it was magical. Peanuts, M&M’s, pretzels, and popcorn, all held together by sticky, gooey marshmallows.  It was like an entire movie concession stand rolled into one treat! I’ve mastered making the cake since then, and in certain circles it’s become known as the ‘diabetes cake’ because it’s so damn sweet and sugary.  With the addition of some whiskey and bacon…it’s been elevated to the status of a sugar deity! 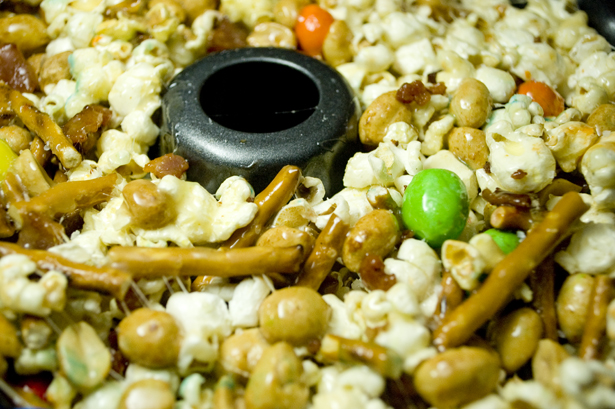 This won’t be an everyday or even weekly dessert, but if you’re looking for a fun, colorful and gooey treat for your next get together or party, this one will not let you down!

Ingredients:
Instructions:
Begin by chopping your bacon into chunks and cooking over a medium low heat. This will allow for the rendering out of the fat and crispier bacon. Remove bacon to paper towel when done and pour rendered fat into a measuring cup. Add more bacon fat if needed to equal 3 tablespoons. Add bacon fat to a large thick bottomed pot over medium high heat. Add three popcorn kernels and wait till they all pop. Watch the temperature to make sure fat doesn't begin to burn. Once all three kernels have popped, add the rest, cover and shake. Keep on heat and shaking periodically as they pop. Keep going until there is a 3-5 second gap between pops. Remove to a large bowl. In heated pot (remove any un popped kernels and shells) add the butter over medium heat. Once halfway melted add the marshmallows and stir until completely melted. Then stir in the whiskey and remove from heat. Add the popcorn, peanuts, pretzels, M&M's and bacon to the whiskey-mallow mixture and stir well. Take a cake pan (bundt pan works best) and coat with a table spoon of olive oil. Pour popcorn mixture into the pan, cover with foil and refrigerate for 1-2 hours or until set. When done, remove from fridge and using a knife loosen the cake from the pan and turn out on to a plate or serving dish. Slice to serve.