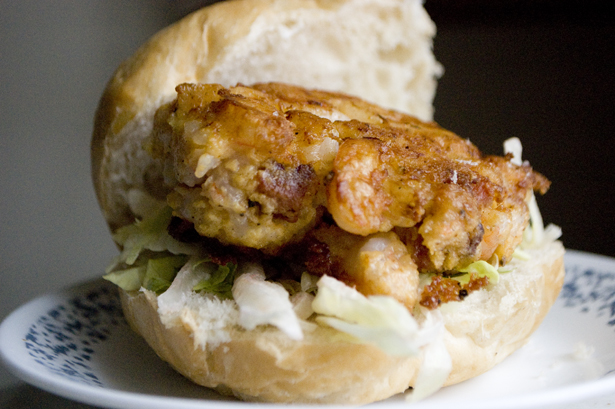 In case you haven’t noticed, we love to travel and eat. You should try it some time! (In fact, we have a cult following – the Whiskey Bacon Traveling Circus, which you should probably check out!) It’s great, you get to experience new and awesome places, as well as try new dishes that may not be available wherever you are.

One of our trips lead us to South Carolina to visit a friend of ours. Her little port city seemed to be know for two things – its  military training base and shrimp. While a certain Lush was all about trying out the military men, I wanted to try the shrimp. It is the fruit of the sea according to Bubba in ‘Forrest Gump’ and where we were, the shrimping scenes were shot.  How could we not! 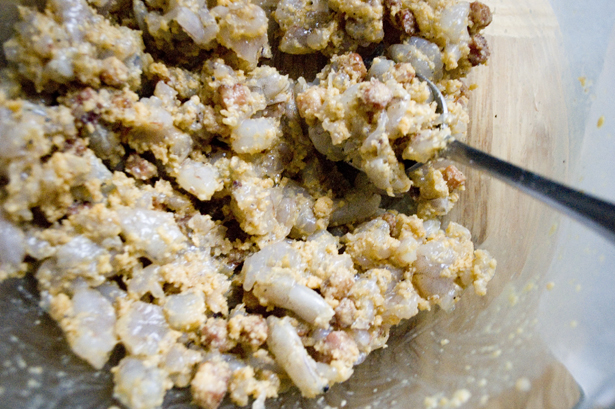 We chose to ‘Eat where the locals eat’ and stopped in at Nippy’s Fish in Downtown Beaufort. Shrimp Burger and Fries…mind blown. I don’t know what I expected, but what I got was a mouth full of southern love. Perfectly seasoned and cooked shrimp in an awesome patty. It wasn’t a pureed or processed mess of mystery fish, there were pieces of shrimp throughout. This was the real thing, and it was light and refreshing. 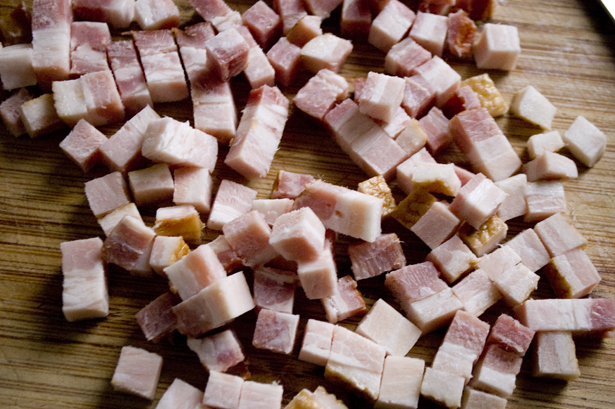 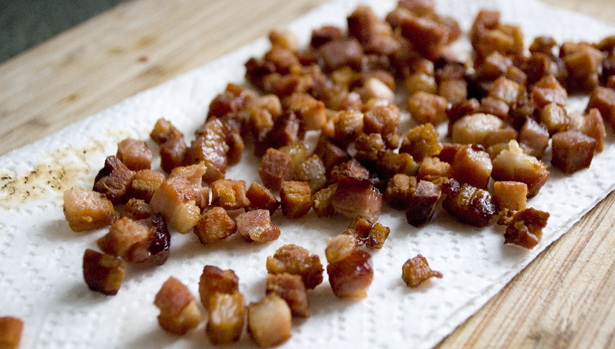 So of course, after getting back we had to try and replicate the southern bliss that is a Shrimp Burger…with bacon of course. The recipe is fairly simple and is like shrimp wrapped bacon, instead of bacon wrapped shrimp. The seasoning mix is a traditional cajun seasoning so it has a nice kick. You could easily substitute Old Bay or any seasoning you’d like if it’s too spicy. 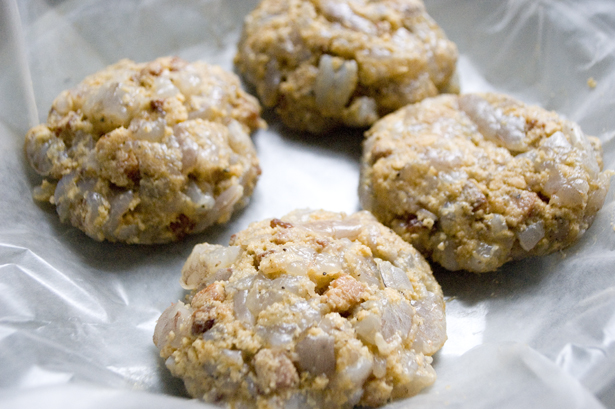 While the shrimp isn’t as fresh as walking down to the dock and catching it yourself, this recipe offers a great northern or landlocked alternative. Salty and spicy with the succulent pop of perfectly cooked shrimp, our Bacon and Shrimp Burger will have you longing for iced tea and saying’ y’all’ in no time. And please, please use raw shrimp. Cooked shrimp will just get rubbery when you cook the burgers and that’s… that’s just a mean thing to do to shrimp and your mouth!

Bacon and Shrimp Burger
by WhiskeyBeard

Ingredients:
Instructions:
Chop bacon into small pieces and cook till half way done. Divide shrimp into two even piles. Rough chop one pile into halves or thirds. Mince or process the other pile into fine pieces. In a bowl, mix shrimp and bread crumbs. Then add garlic, bacon, seasonings, bacon fat and egg to mixture, and combine well Divide into 4 batches and make each into a burger. Cover on a dish and let firm up in fridge for at least 15 minutes. Heat olive oil in a medium skillet and place the burgers in. Cook till shrimp is done, about 4 minutes per side. Serve in buns, preferably toasted, and top as you wish.