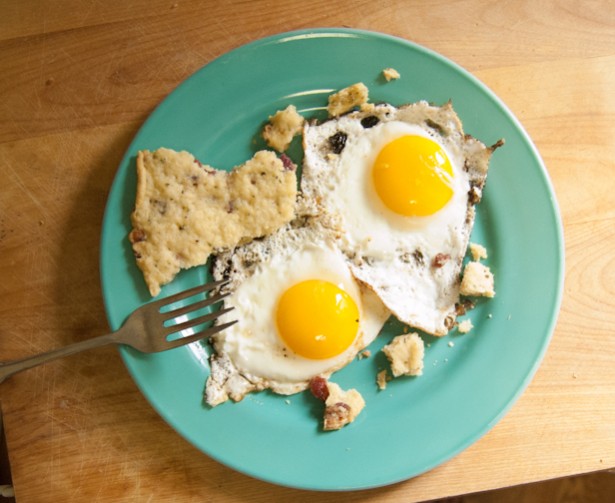 This isn’t really a review. It’s more of a healthy thanking for recipe books that are practically edible …and now covered in bacon grease. And a giveaway. Let’s just be clear, at the bottom, there are details on how to win this cookbook.

You may recognize the symptoms of being ‘that bacon person.’ You have links posted to your Facebook wall so often, that you’ve seen the same recipe three times from three different people. People continually ask “Do you have bacon in that?” or “Don’t you worry about eating so much bacon?” Finally, you get a bacon recipe cookbook not one, but two Christmases in a row.

Truth be told, I’m not a cookbook gal. I tend to tear recipes apart, but also want to treasure the pages of a book. The conflicting desires literally tear me up inside. This time, I said, “It’s 2014, it’s a new year, let’s mark this baby up.”

And boy, I had fun with that. 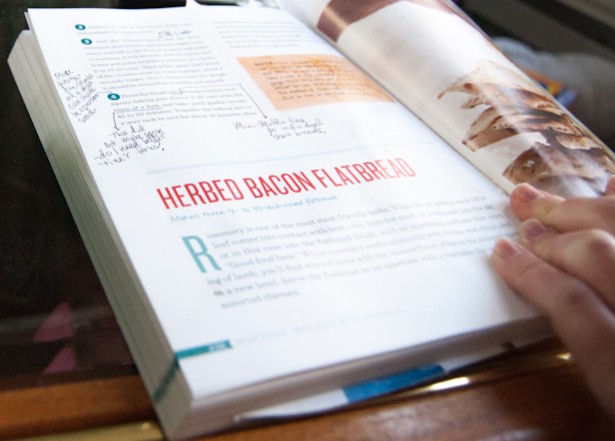 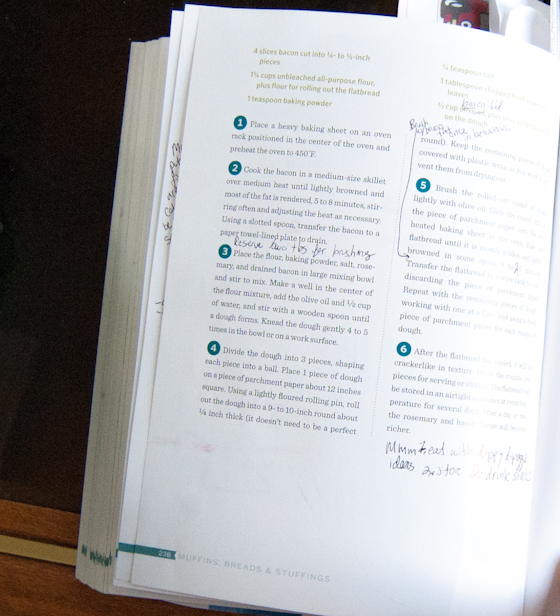 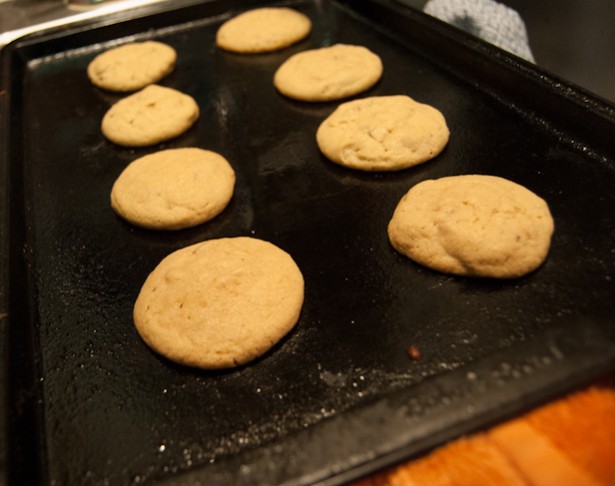 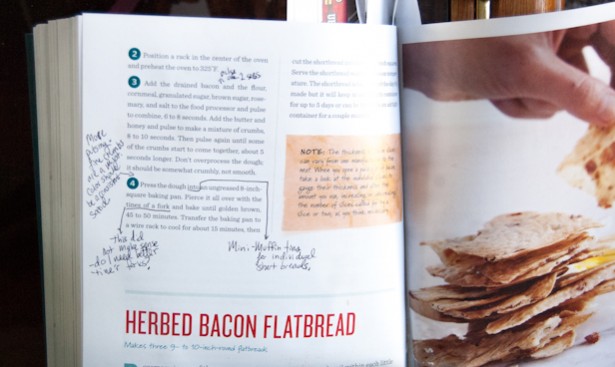 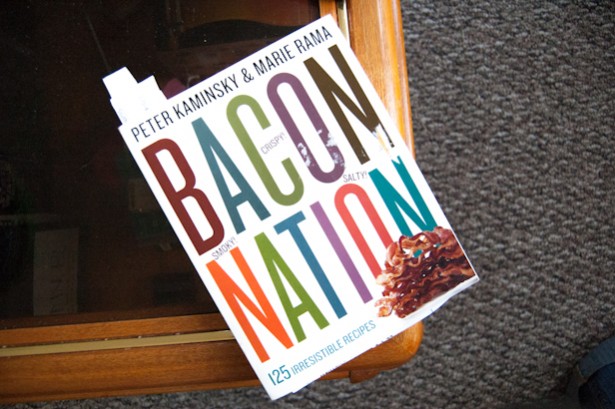 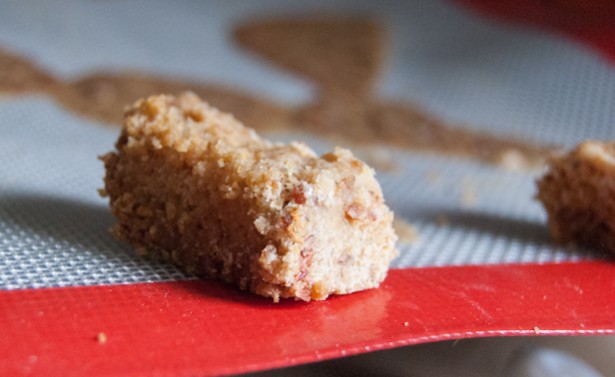 So far I’ve stuck with the sweets, including Bacon Shortbread (above), Bacon Peanut Butter Cookies, and Bacon Flatbread. (Hello, fatty carbs, my new year’s resolution would like to say, “oh my!”) 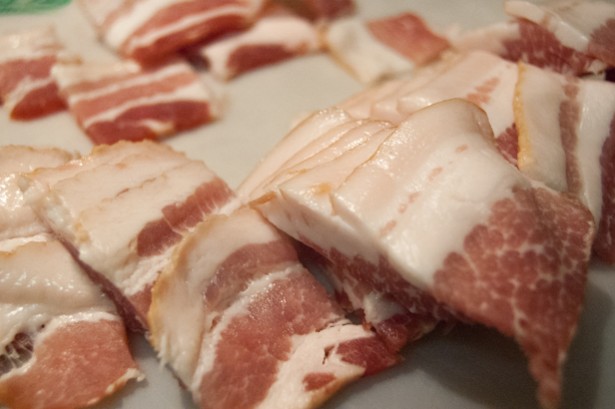 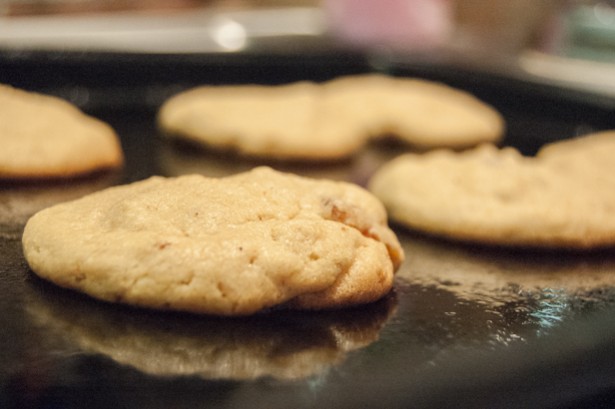 It really is a delicious book, which is why we’ve shared an adaptation of the flatbread recipe below. We made a few tweaks, which any bacon lover will definitely enjoy. Like, more bacon [fat]. These are delicious with eggs, and also when drunk. For the original recipe, you should enter to win a copy of the book! The  Bacon Nation author Maria Rama was awesome enough to give one away, which should say something about how awesome the book is.

Ingredients:
Instructions:
Preheat oven to 450 degrees. Cut three sheets of parchment paper to 12 x 12. Cook bacon in medium skillet over medium heat until lightly browned and mostly rendered. Transfer bacon to a paper lined plate to cool. Reserve bacon fat for later. Combine flour, baking powder, salt, rosemary, and bacon to mix. Create a well in the middle of the dry mix. In the well, add the bacon fat, water and stir until a dough forms. Knead your dough 4-5 times. Divide dough into 3 pieces and shape into balls. Taking one ball, on the parchment paper, a lightly floured rolling pin, roll dough out to 9 to 10 inches at 1/4 inch thick. Keep the other balls covered in plastic wrap to stay moist. Brush the rolled out dough with bacon fat. Slide the dough, still on the parchment paper, onto the pre heated baking sheet in the oven. Bake until the bread is browned in some spots, 8 to 20 minutes. Transfer bread to cooling rack. Repeat earlier process with the other two balls and parchment paper. After cooled, break into cracker-like pieces to eat or store. Store in an airtight container for up to 3 days.