Traveling and eating are two of our favorite things.  When they can happen at the same time…BOOM goes the dynamite! This spring/summer was a heavy travel season for me and it proved delicious. Of all the things I tried, one stuck with me because of it’s simplicity and tastiness. Tender yet crispy, the smashed potatoes changed breakfast for the rest of the summer. Where did I have these tasty taters…of all places, the Minneapolis Airport. 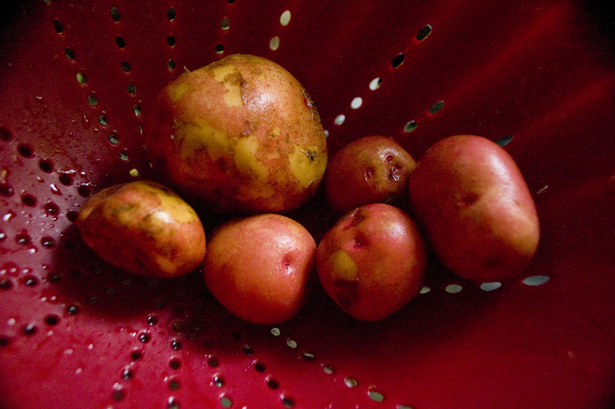 Realistically, it’s just a boiled potato smashed flat and fried. But with that simple preparation you get something fun and exciting. Boiling, then smashing the potatoes gives them that nice velvety texture we love from mashed potatoes. But then the quick frying of them adds the crispy crunchiness of hash browns or homestyle potatoes. Who in the hell doesn’t want that in their mouth?! 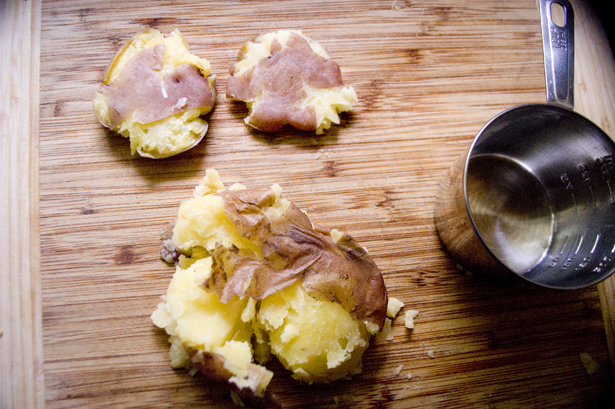 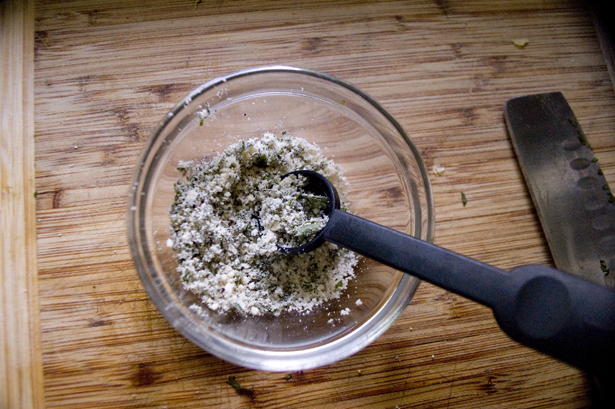 The only real way to mess these up is to not boil the potatoes long enough or use one that’s too large (as seen above). If you’re lucky enough to have a CSA around you like we do or a local farmers market, small new potatoes work the best. So long as they’re about the same size and on the smaller side though, any variety will do. Simple, tasty and quick. A new way to serve an old favorite! 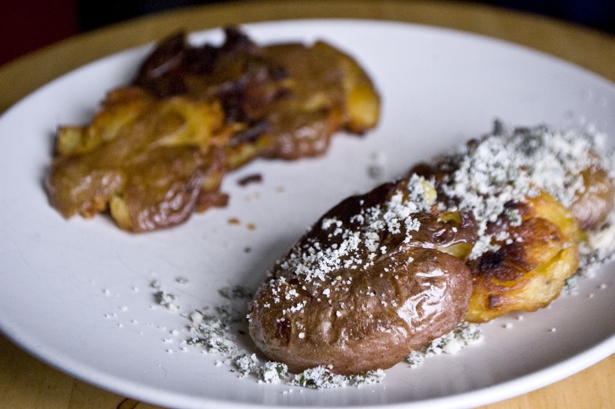 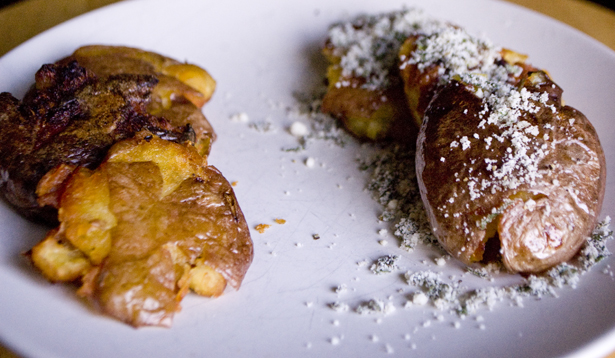 Ingredients:
Instructions:
In a medium-sized pot, add enough water to cover potatoes and salt and set to high. Wash and scrub potatoes. Once salt is dissolved, add potatoes. Bring the pot to a boil and cook for 8-10 minutes. While potatoes are cooking, finely chop basil and place in small bowl. Mix grated cheese, salt, and pepper into the basil. Place to the side. Once potatoes are done, move to colander and run under cold water until cool to touch. Using a sturdy measuring cup, press down on each potato and smash to even thickness, 1/4 -1/2 inch. Heat oil on a large pan over medium heat. Once oil begins to shimmer, add the smashed potatoes and cook for 3-4 minutes per side. Remove and drain on paper towel. Plate and serve with basil/cheese mixture on top.