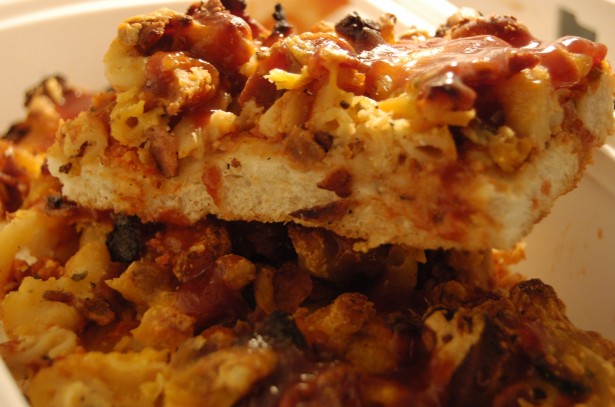 A lot of what you’ll see on Whiskey Bacon is inspired by “what if?” and “I want” type conversations.

Me: Want to do pizza this weekend?
Sister: I want mac and cheese pizza.
Me: Sure!
…two hours later on Pinterest.
Me: What if we add bacon too? What if we add chicken?
Sister: Ooo, okay!

The crazy thing about this pizza is that it almost wasn’t. There was no time to make dough, it was undercooked, Supernatural was about to come on, etc. In the end we found a great pre-made substitute dough, found out that twice baked made for twice as good, and hey Supernatural’s on every week. It’s not every week you get to make a bacon mac and cheese pizza. 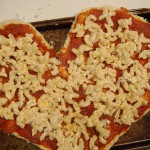 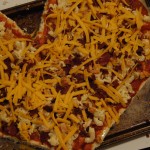 So carbs on carbs isn’t your idea of dinner? Don’t worry. WhiskeyBacon has lots of fresh living, smart eating choices that help you cut the fat and still enjoy your meal too!