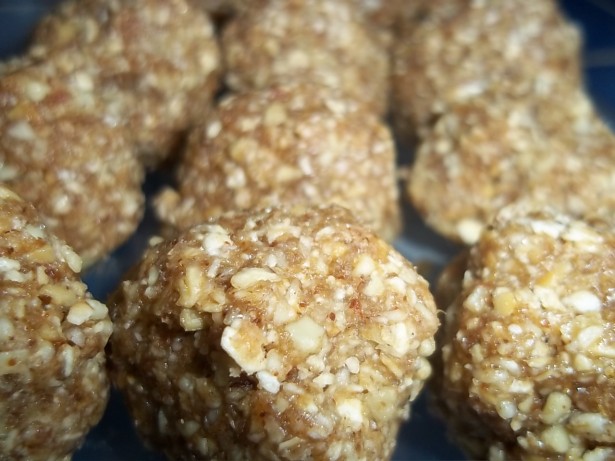 It’s a never ending quest trying to find sugar and flour free treats, but recently I found several recipes for oatmeal cookies that seemed good and a no-bake one that was even better. Then, I had to adapt all that for the strict diet my brother is on, and did not like how that recipe was turning out. The goal isn’t to torture my brother with bad tasting food, which a lot of sugar free and flour free recipes are – especially for a 15 year old. In the end though, I created these treats that are just sweet enough when balanced with almond butter. 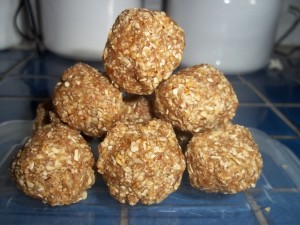 Add the oats, sunflower seeds, almonds, and salt to a food processor and blend for approximately 15 seconds. Then add the water, cinnamon, almond butter, and vanilla and blend. The mixture should start to clump together. If not, add another teaspoon of either almond butter or maple syrup (I did both) until you can form solid balls of the mixture. 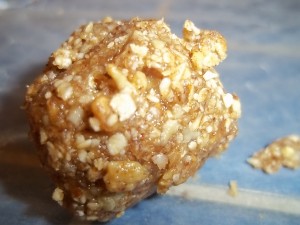 Form balls or whichever shape you prefer, place on wax paper, refrigerate, and then enjoy as a snack!

These were so good, the boy suggested we name them after me. I’ll pass on the honor of my own AhYumBanAnna Balls… this time!

Yield: approximately 1 dozen balls (depending on the size you like)