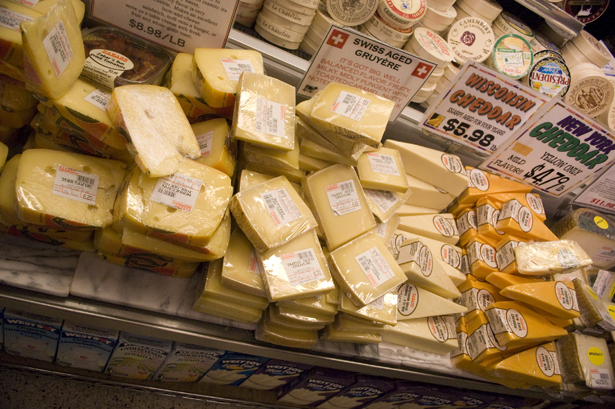 Getting directions from Nobakeleni is about as effective as asking a chimp to recite Shakespeare.

This is where we begin the journey. After a rousing game of ‘where in the hell are you taking me’ and ‘so you don’t actually know where we’re going’, Nobakeleni and I ended up in midtown Manhattan. Now I’ve been to many a food market and am a big fan of Chelsea Market and Reading Terminal in Philly, but I’d never been to this ‘Zabar’s’ place (and given her navigational challenges, never thought I would). Once we got our bearings (*read called Nobakeleni’s sister for the ACTUAL address, 79th and Broadway) we hopped on the subway and headed out.

From the outside Zabar’s looks a little cheesy. The marquee on the store front reminded me of the old western themed casinos in Las Vegas in that hookey no good can come from this…so I must enter kind of way. Once you walk in though…you are transported to a place of merriment! Hustle, bustle, lines of people wanting fresh, tasty, and delectable vittles; this was my kind of place. The thing we really loved about the place is that while a tourist attraction, it still felt  like the local food mart around the corner. You could tell that more than half the folks there were native New Yorkers grabbing some wine, cheese and a crusty loaf of bread for dinner.

Each aisle and hidden walk way lead to more and more treasures. The best part too…is was reasonably priced! Their audience IS the neighborhood and they tolerate us outsiders stopping by. If you’re in the city and looking for a cool place that’s a little off the beaten path of most of the touristy spots, Zabar’s is the place for you. Now it will be packed…but with locals and the occasional camera wielding tourist in food heaven!

While WhiskeyBeard gazed in wonder – as if unable NoBakeLeni never had any good ideas – she went straight for some for the goodies. 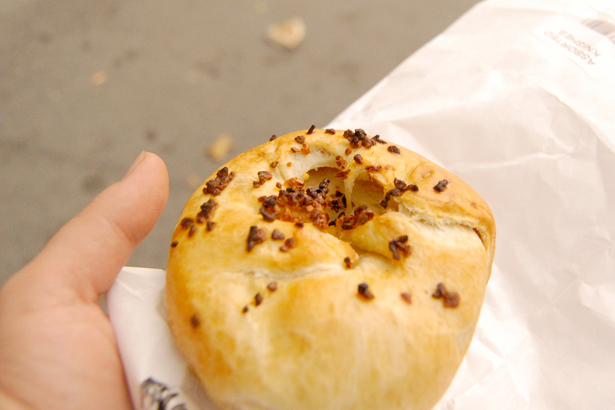 Next, the deli aisle.

There was a huge deli line, but thankfully the knish line is separate. And delicious.

Garlic Potato Knish: Wrapped in a dumpling thick breading holding a sizable mass of garlicy potatoes. It’s like taking a bite of potato heaven. Just dense enough to hold itself together and soft enough to just trick you into thinking you’re eating a roll, not a carb laden knish. 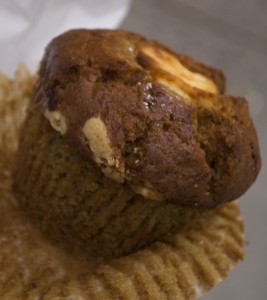 Zucchini and Cream Cheese Muffin: The name called to us. But unfortunately lacked a lot of the enticing cream cheese. A pat on top and the middle were the only tastable chunks, which was unfortunate because the combination was really smart!

A chocolate filled croissant, crumb cake (though not as great as the B & W Bakery in Hackensack) and a fantastic scone all held up until the next day back in PA too!

It’s definitely a trip worth getting lost, hot, and sweaty on the subway for.