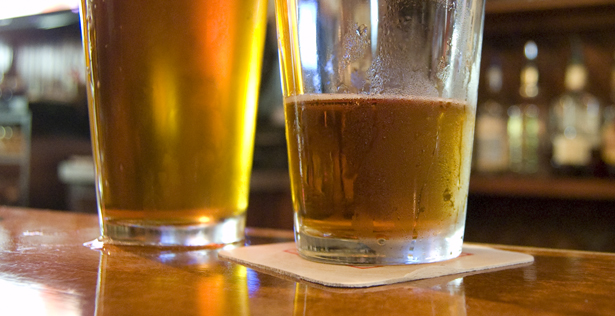 Kids, it was the fall of 2006 and I had just wandered into Reno’s West in Lansing, MI. They served big beers cheap, I think $3 for a 23 oz mug…those were the days. That day’s special was Jack’s Pumpkin Spice Ale and I wasn’t remotely interested. I like pumpkin seeds and carving pumpkins… but that’s about it. The waitress described it as ‘pumpkin pie in a bottle’ and I about hurled at the thought…not a fan of pumpkin pie at the time. My friend, though, was more adventurous and gave it a whirl… and I’m glad she did! Now there’s more than football, hoodies and tailgating to look forward to each fall… there’s the great taste of allspice, cinnamon and nutmeg… in a beer!

Here’s my round up of what I could get on tap in Northeast PA this season. 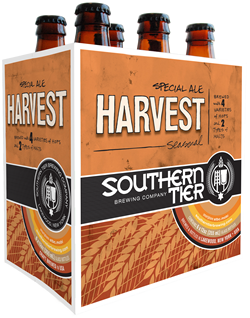 Claims to have a deep flavor, but feels a little flat n finish. Not really a lighter beer, but just doesn’t pack flavor all the way through. Smooth and hoppy, but no real pumpkin flavor. More of an oktoberfest harvest than pumpkin.

Before you even taste this one, you can smell the pumpkin spice. More spice in it’s flavor, notes of nutmeg, clove and cinnamon. Smell and taste remind you of pumpkin pie. While flavorful at beginning, the end falls off. It’s a lighter beer so it doesn’t have the full body finish I like in a beer.

Crisp and refreshing. I’d almost call this the champagne of pumpkin beers! Quite bubbly and effervescent. It has a light spice flavor and would make for a good session beer. The spice is the nutmeg and clove, more like a pumpkin pie mimosa!

Well balanced and smooth. This beer has a good mix of spice, beer and pumpkin to make a really well blended flavor. No spice stands out, but all are present. Not too hoppy but has a fuller finish. Still a little
on the light side, but being unfiltered allows it to finish stronger than others.

Ok, it’s a cider. Let’s get that part out of the way. This…this could have benefited from the nutmeg, clove and cinnamon. It feels like an apple cider with a hint of clove at the finish. I think I was expecting the Shipyard with a hint of cider. If you like cider, you’ll love this. If you want a pumpkin beer, order a beer.

If you smell this first, you won’t want to drink it. Heavy on clove and allspice, this beer is the fall candle you’ve always wanted… as a beer. Deeper amber color than most, but not necessarily darker, Pumpking is more of a total package than many others. Spicy with a full finish, but not overpowering. Well balanced and just heavy enough to take the chill out of the fall air! 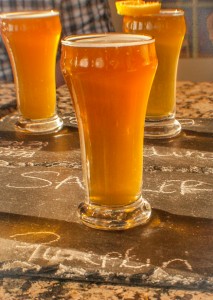 Pumpkin…That’s what this beer promises and what it delivers. The spices are subtle, so subtle you barely notice them. The folks at Shawnee like to keep things simple and not overdo flavors and for that I thanks them. The warm earthiness and rustic nature that is pumpkin comes shining through in this beer. Now I like a good pumpkin spice beer, but after tasting this one I had to wonder if I like the pumpkin or the spices that we associate with pumpkin beers. Hats off on a pumpkin beer that doesn’t hide the pumpkin, but allows for it to shine! It’s different, very different, from ‘normal’ pumpkin beers; but if you want a true ‘Pumpkin’ beer and not just spices, this is what you’ve been seeking.