Back in November, Whiskey Beard (Dan) concocted this delicious recipe for a very special Whiskey Bacon party. Not only was the image of it mouth-watering, but it has since been poured over popcorn, filled chocolates, and covered my dreams.

Three all too tasty bacons made appearances at the Beer, Bacon Bourbon Party. I’m not going to pick favorites, because bacon is my baby… but some babies are cuter than others. And by cuter I mean sweet, salty with just the right amount of chew to make you wonder when they’ll realize how to market such a treat in stores. (I mean really, it’s only a matter of time!)

Also, take a gander at some pictures from the party after the recipe! We’ll share a few more with the next two savory bacon recipes that we served at the party.

Lay thick cut bacon on cooling rack in aluminum lined cookie sheet. Cook at 400 for 15 minutes and then turn over. Cook until crispy. When done, remove from rack, pat dry and allow to cool.

In a pan over medium high heat, add water, ½ of the butter, salt and sugar. Bring to boil while stirring briskly. When it begins to foam up,  lower heat and stir for 3 mins.

Place bacon on wax paper ( do this before you start caramel) and drizzle caramel over top. Let cool and harden on countertop.

Then enjoy. Try to not be knocked to your knees by it.

As promised, here’s a few of the shots from the Beer, Bacon, Bourbon: Triple Threat Event! 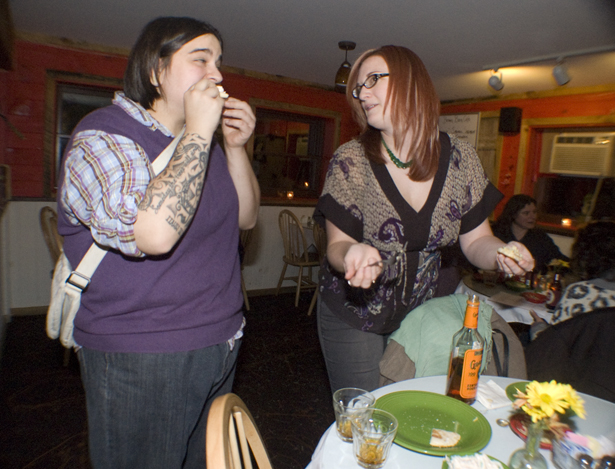 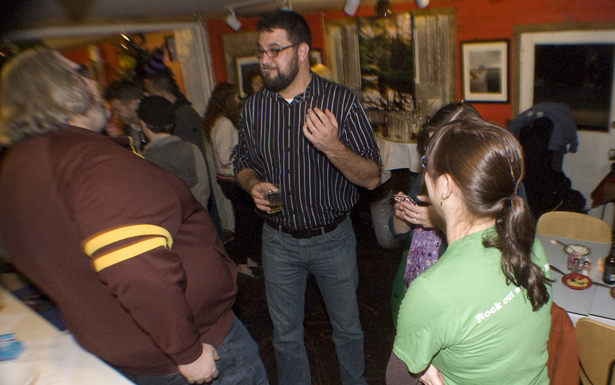