Rob, is the the owner and genius behind Stinky’s Chili, or as it’s known now, Insomniac Cafe. The menu…exists in theory, but Rob is willing to pretty much make whatever you want as long as he has the ingredients. The cafe also boasts a oil-less fryer. Which, of course, means he can make most of the unhealthy foods you love without frying them.

So what did we do? We brought him bacon. You know, to make it in a healthy way. Really, this was the goal of this bacon fest – but as anyone with a little baking experience and a ton of bacon fat on hand, you can’t resist a savory, sweet desert at times.

All together, we ‘fried’ up 4 varieties of bacon, including fresh cut slab bacon and pre-packaged. Of course the slab tasted the best, but really, does any bacon taste bad?! 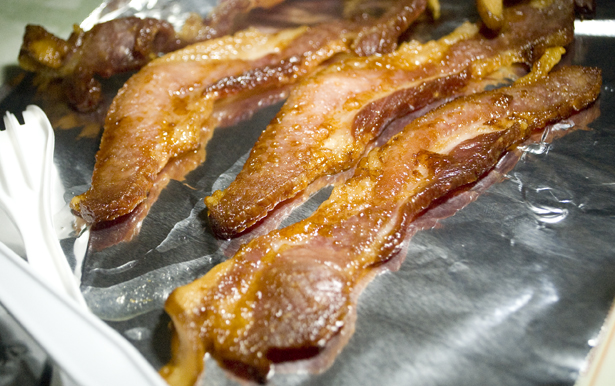 To add to the bacon bliss, he decided to whip up a batch of brownies. Of course, the consensus was “More bacon!” so instead of just butter, we added the fat from before into the batter, and topped with even more bacon. 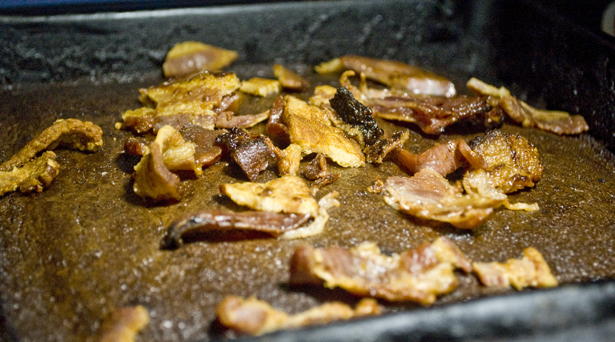 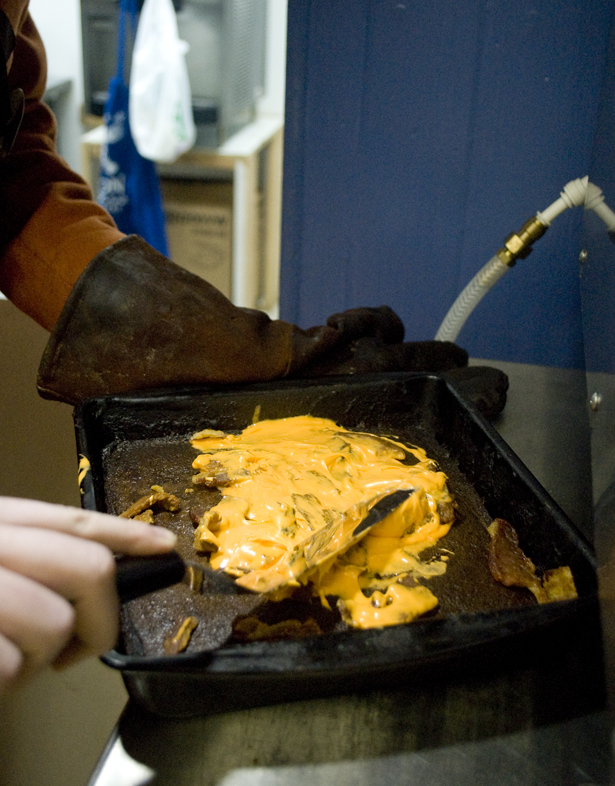 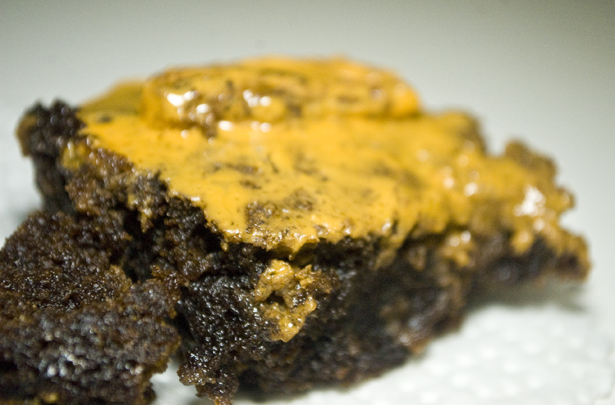 The end result was a moist bite of chocolate and bacon heaven. It was so good, yet so bad that he dubbed it a heart attack brownie. We’re still having palpitations of them. 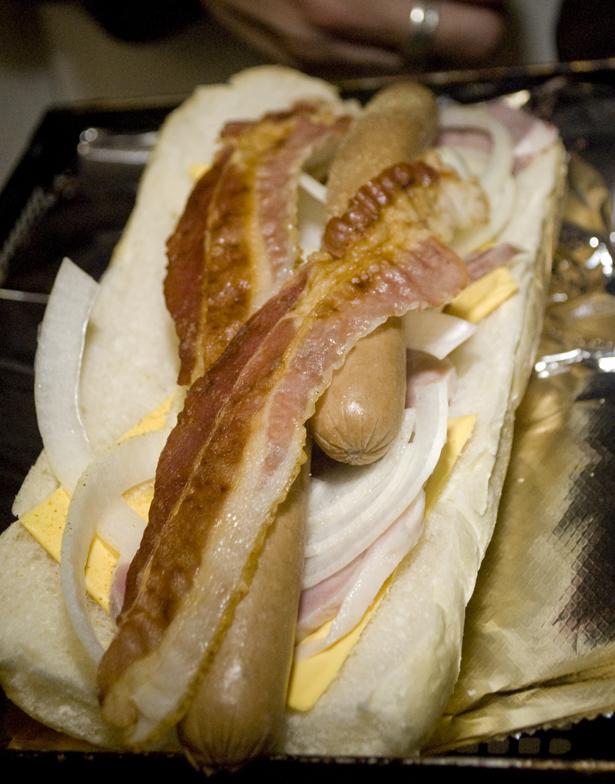 One of the other great things is that Rob plans a lot of special events. At the time of the visit, there was a contest to make, create and name your own sandwich. We decided that the ‘Whiskey Bacon’ would be a triple shot of meat: ham, bacon and hot dog. Add in some garlic powder, onions and cheese and your mouth will be the happiest place on earth!

Typically the Cafe hosts something fun for First Friday as well, which is always a great time in Scranton (or so we’re constantly reminded by other Whiskey Bacon Traveling Circus members). 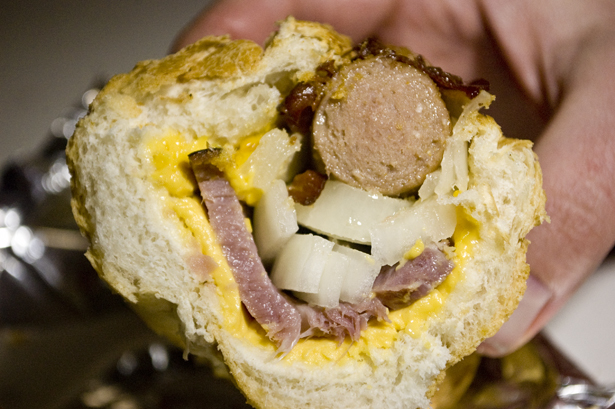