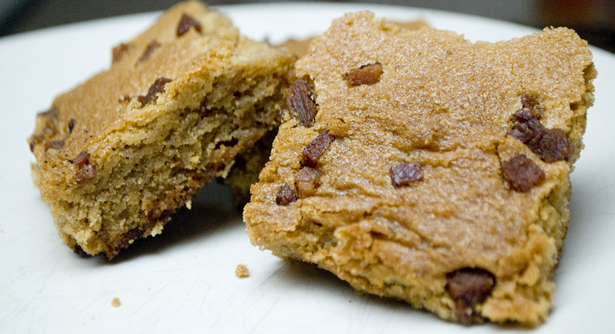 Two reasons I should not be the one making brownies – I don’t bake well and I hate chocolate. Not despise or dislike. Hate. Without the presence of peanut butter, chocolate is a crime against humanity. Yeah, I said it…bring it on! 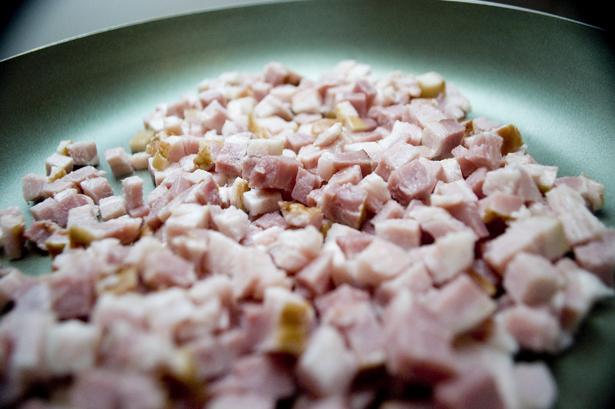 So why did I attempt these brownies? Why the hell not! Peanut butter and bacon are sexiness personified and without that nasty chocolate fellow hanging around, they both get a chance to shine. All kidding aside, I also love peanut butter… probably in an unhealthy way. I saw and tried one of those ‘3 ingredient magical awesomeness‘ recipes that called for Nutella (the hazelnut makes it tolerable) to make brownies and thought ‘this would be awesome with peanut butter… and a crap ton of milk’. It was a bit dense to say the least. Few test batches later and bam, these sweet, sexy monsters. 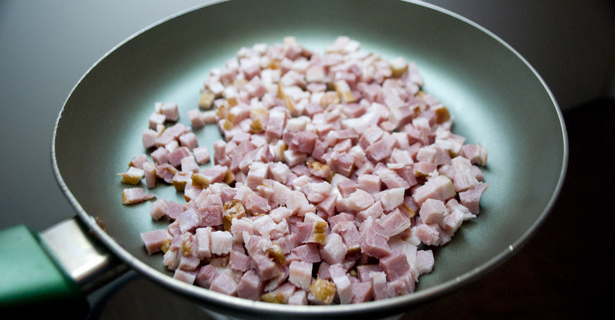 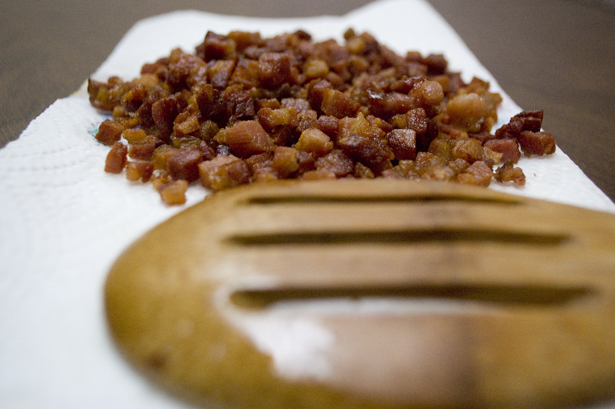 As a non-baker I wanted this to be easy and it is. Cook the bacon and throw the ingredients into the bowl and mix away. The brownies are moist, heavy and decadent.  Not overly sweet and the peanut flavor is amazing. Warm…oh man. You should let the cool before you cut them…that said, if you can, you’re a better person than I was. Try them and you too will swear off the evil that is chocolate!

Peanut Butter Bacon Brownies
by Whiskey Beard
Ingredients:
Instructions:
Preheat oven to 350. Cook cubed bacon until about 75% done (still chewy) and drain on towel. In a large bowl, mix together peanut butter, sugar and butter. Mix until well incorporated. Then mix in eggs, cinnamon and vanilla. Add flour and salt, mix and then add half the bacon. Pour batter into pan and sprinkle remaining bacon on top. Push bacon down just slightly so it doesn't cook on top of brownies. Bake 25-35 minutes, using toothpick to check doneness. Cool for 20 minutes before eating.