There’s an ongoing joke that I’m a non-southern Southerner. My family is from the South and cooking wise, I tend to identify with those roots. While I’ve lived all over the U.S., I’ve only ever visited the South. So I guess I’m Southern-by-association. What’s the point of this? I love Southern cooking and Southern dishes. I grew up eating them and when I visit, diet be damned, I’m eating like a backwater native! 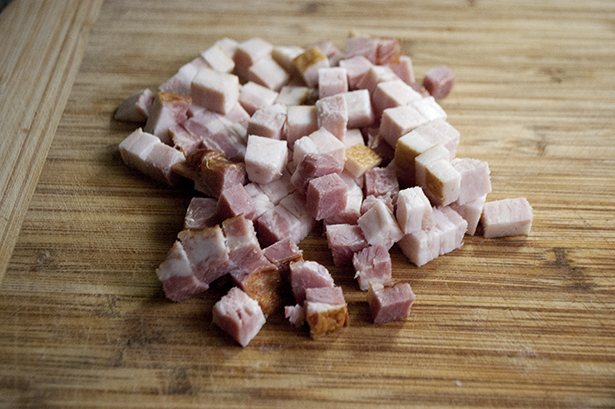 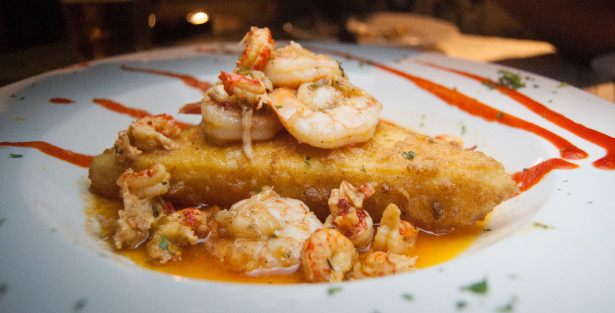 The last time the Whiskey Bacon crew went south we had shrimp and grits, with the grits being a spicy grit cake with bacon. So yes, they tasted amazing. (see beaut’ above)  I vowed to make our version soon… that was over a year ago. When I finally got around to it, the question was creamy or grit cake. The answer was simple, which is easier drunk. (NoBakeLeni says we have a reputation to keep up.) These creamy, cheesy and savory grits were the winner. 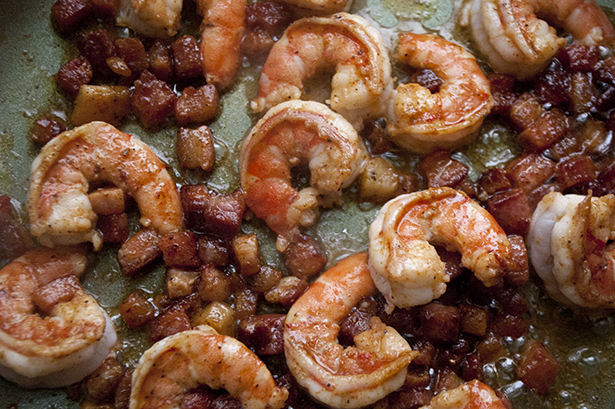 You get a hint of spiciness from the pepper trinity, the salty smokiness of the bacon and a great smooth creamy texture from using cream and adding cheese to the grits. The instructions are for two servings, but unless that person means the world to you, I don’t think you’ll be sharing. One thing to note, make sure you really get thick cut bacon. Not that pre-packaged crap, but go to a deli or a butcher and get pieces that will call into question your sanity. You can see how much the cook down and you want that nice big bite of smokiness in each spoonful. After you have these, you’ll be screaming out ‘Laissez les bons temps rouler!’. Google it, it’ll make sense. More pictures from the delicious restaurant that inspired this recipe below.

Creamy Shrimp and Grits
by WhiskeyBeard

Ingredients:
Instructions:
Cube bacon into small pieces and peel shrimp. In a pan, over medium heat, cook bacon until half way done. Drain any bacon fat and lower heat to medium low. Add 1/2 the butter, red pepper, black pepper, white pepper and paprika. Then add the shrimp to bacon and spice mix and cook till shrimp is half done. Turn off heat and cover (shrimp will finish cooking from when covered). In a pot add milk and water and bring to a boil. Once boiling, add butter, salt and grits, cover and lower heat to low. Cook for 1 minute, stir and then turn off heat, leaving covered for 5 minutes. After water/milk has been absorbed, stir in cheese. Serve grits in a bowl, topped with bacon and shrimp mix.

What follows is frog legs, pre shelled crab legs, and magic all served along a marsh outside of beautiful Beaufort, South Carolina at the Foolish Frog. 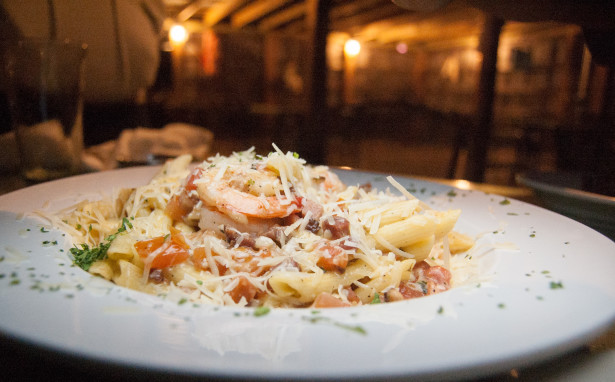 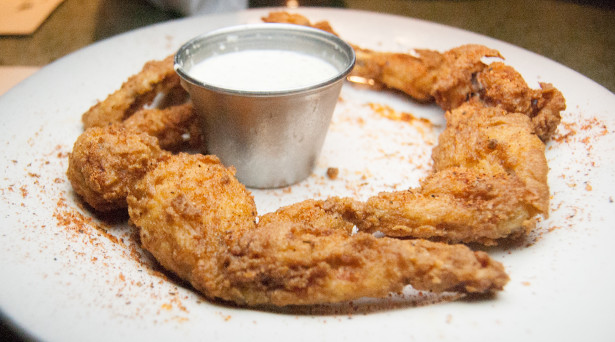