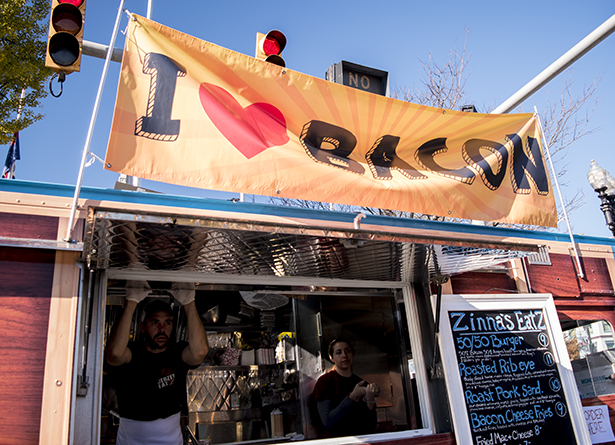 A day about bacon is a day made just for you.

If you love bacon, the PA Bacon Festival is a day designed just for you. There are no words that can express the joy in a day all about you. And everyone is excited about you. It’s like your birthday, but hundreds of people are doing more than writing Facebook messages on your wall. They’re celebrating the one thing the bring your the most joy. Fatty, salty, smokey bacon. In every form you can imagine. If you’re considering attending PA Bacon Festival next year, here’s some pointers – 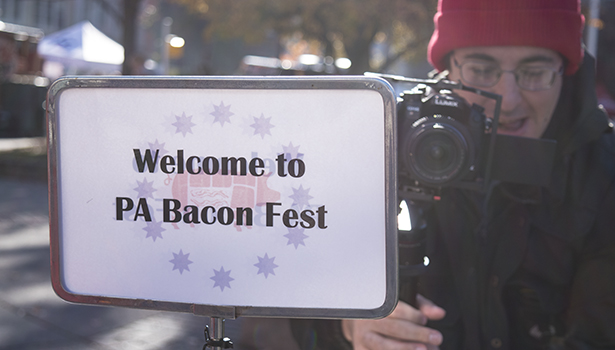 There was chunky, glazed bacon. 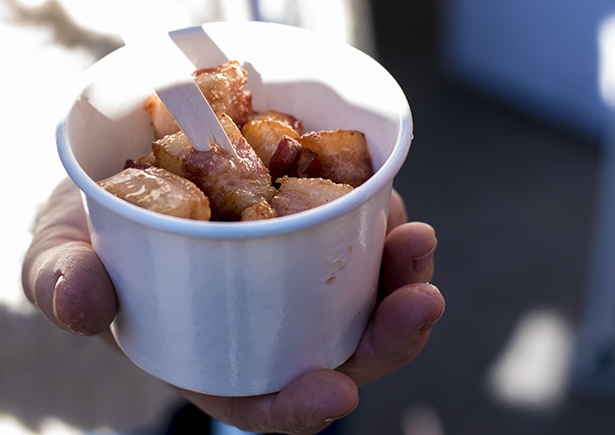 Strips of bacon (with beer). 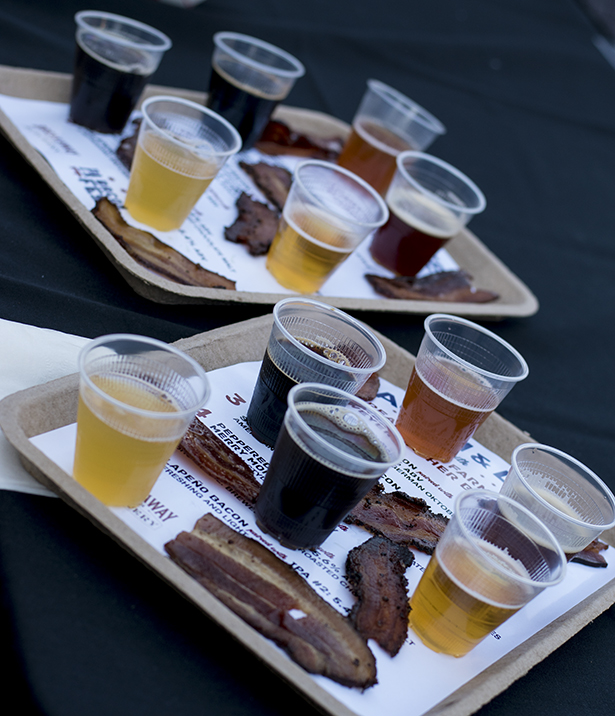 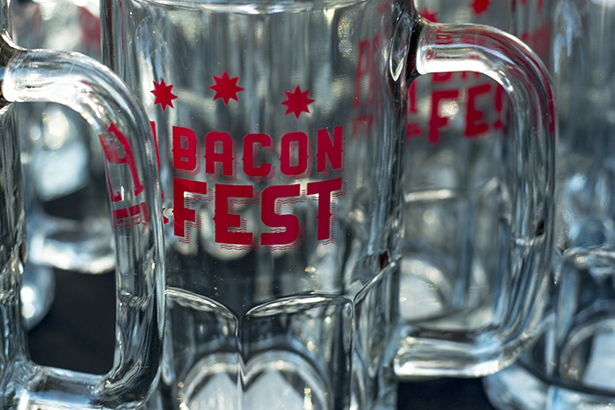 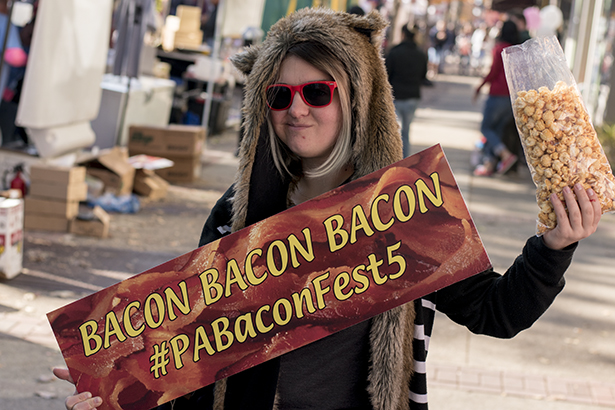 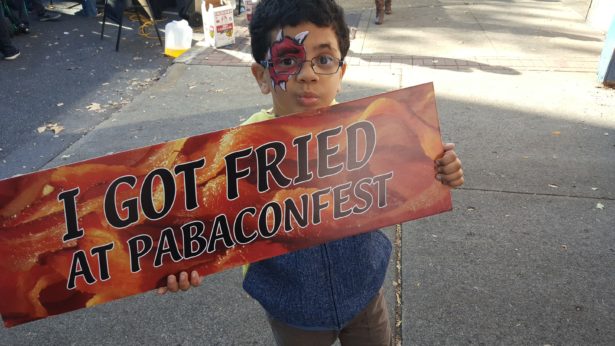 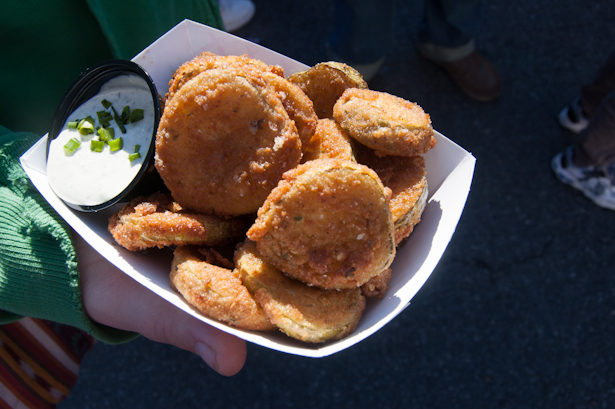 Bacon that made you want to dance.

Bacon that was covered in sweet, sweet love. 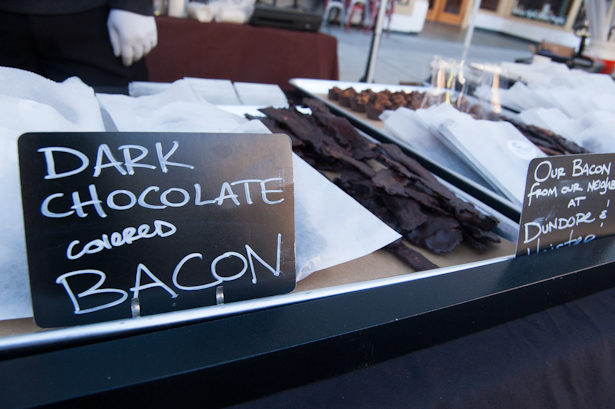 Definitely not bacon, but delicious gin at  10:30 am. This was also a great time to arrive.

Next year the goal is to arrive no later than opening hour, at 10 am. 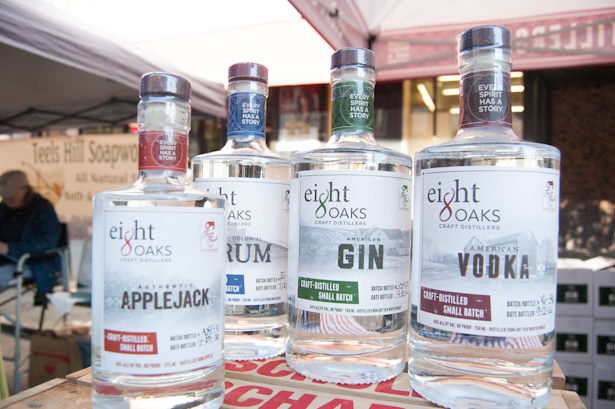 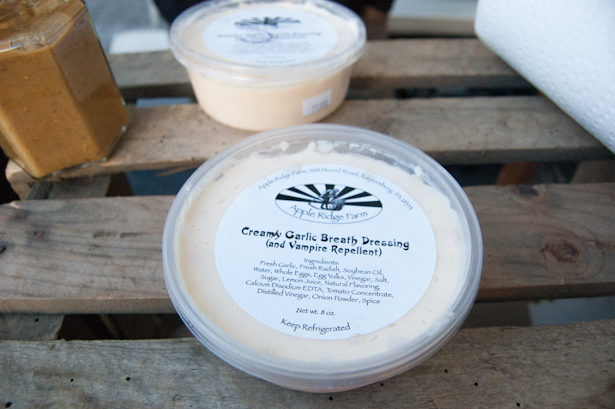 Even a bit of bourbon. Tasty, tasty bourbon pickles. 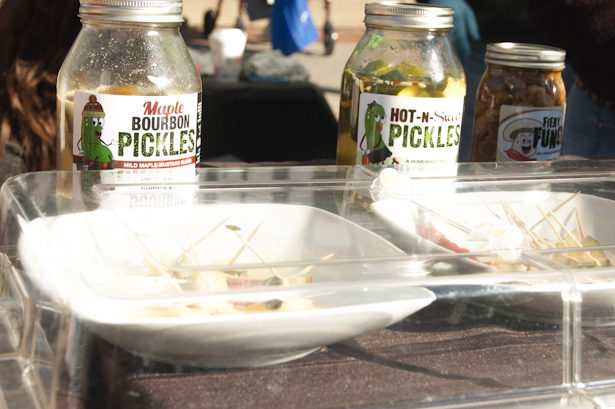 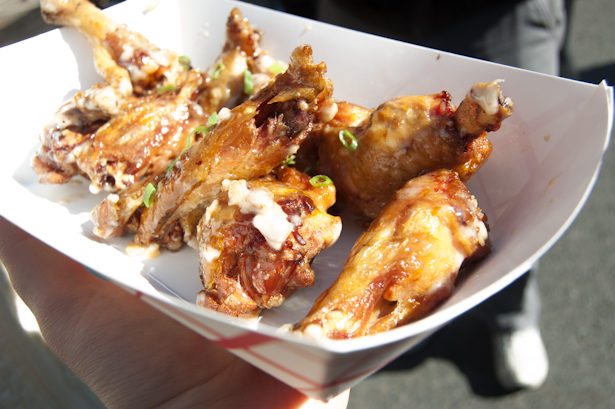 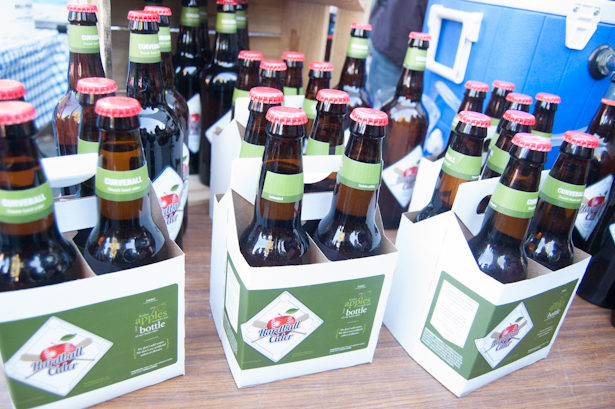 Hometown heroes Peculiar Culinary with the tastiest apple wood bacon wrapped jumbo frank, deep fried, served with Weyerbacher beer mustard, gochujang ketchup, toasted sesame, kimchi. Also, ingenious (why have we not thought of it before) duck BLT tacos, and the most addictive bacon coca krispie treats. Which were better than memory recalled even. 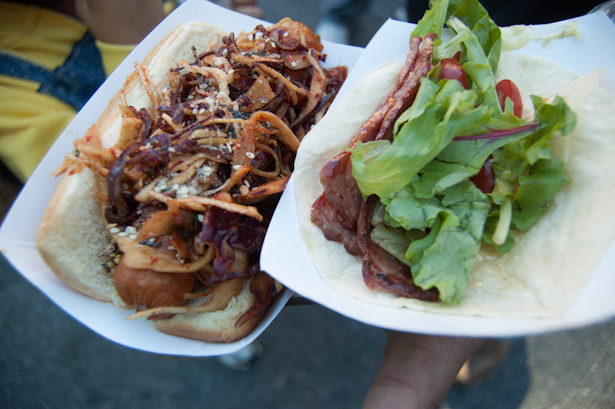 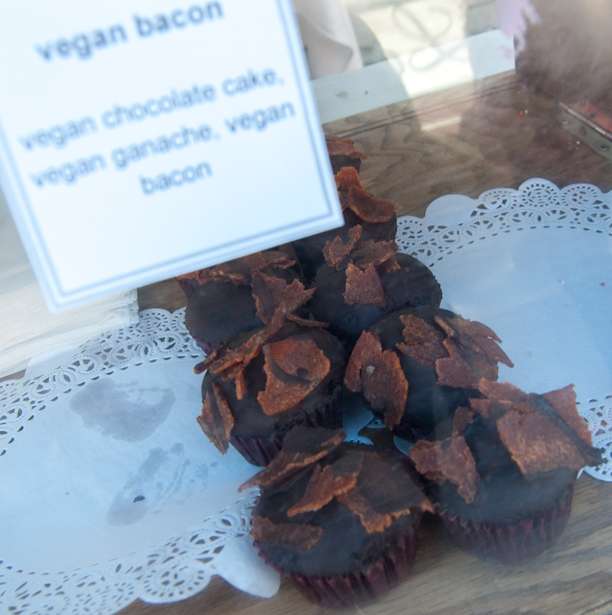 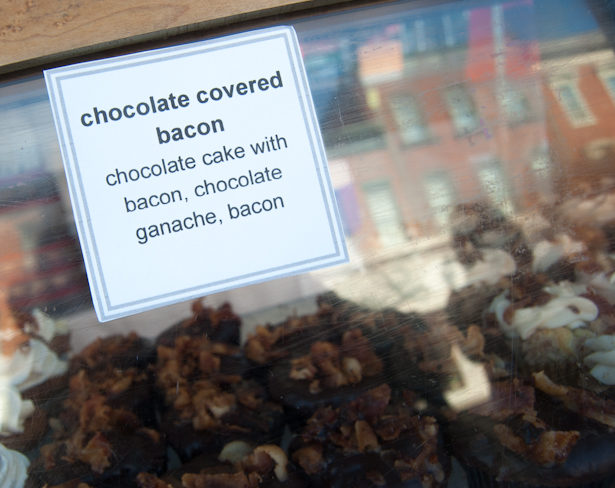 The bacon leads us to good places. 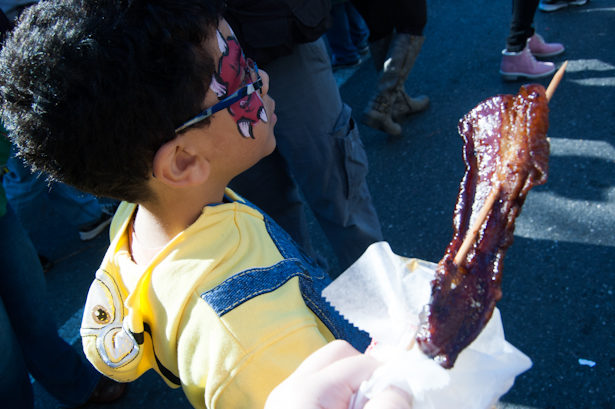 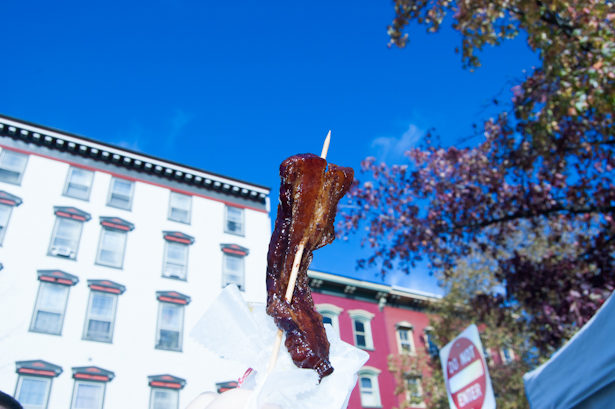 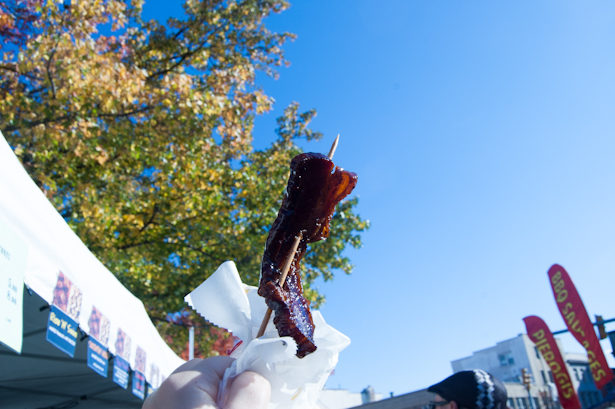 no one place has the